Your Partner for Bookkeeping and Controller Services
Franchise Opportunities

Your company's bank statements can provide a wealth of vital financial intelligence — if you know what to look for. Learn more with these bookkeeping tips.

A bank reconciliation is, by definition, "the act of making financial accounts consistent." Sounds straightforward enough. But in practice reconciliations can be complicated. This is particularly true in businesses that are subject to stringent regulations, such as law practices. (To further complicate matters at law firms, IOLTA calculations — interest on lawyer trust accounts — require reconciling three sets of ledgers: the trust ledger, the client ledger and the bank ledger.)

Trying as they may be, reconciliations can also yield a ton of valuable financial intelligence. Insights gained from that intelligence, combined with the discipline and best practices that regular reconciliations instill, provide many benefits. Timely, consistent reporting builds confidence among board members, for example. Most important of all, sound financial controls, and a built-in system of checks and balances, can protect your business from fraud.

But what exactly are reconciliations, and what's the key to doing them right? Let's take it from the top.

Reconciling Theory With Reality: Key Bookkeeping Tasks
As a first step in reconciling your company's accounts, your bookkeeper must make sure all financial transactions for a specified period of time (usually a month) are properly documented. (Most companies now record all their financial transactions on software programs, and many store that information in the cloud.) Transactions include withdrawals, deposits, bank charges and paper checks.

Then it's a matter of comparing the company's ledger with the bank statement for the same period of time to see if they match. The degree of difficulty depends to a large extent on the size of your business and the number of monthly transactions that occur. It's not uncommon for the company's financial statement in a particular period to reflect payments or deposits that have yet to hit the bank; it's important to account for this "transaction lag."

What Your Bookkeeper Looks for When Reconciling Accounts
See below for a quick look at what your bookkeeper should be on the lookout for when performing a reconciliation. Keep in mind: It's extremely important that the bookkeeper performing the reconciliation be a second set of eyes — not the same person responsible for writing checks, making charges against the company's accounts and so on.

What If the Account Doesn't Reconcile?
Good question. The first step is to see when the last reconciliation was done. If it was the previous month, any issues shouldn't take long to resolve. But if the account hasn't been reconciled in months — and that happens more often than you might think — the bookkeeper will have to go back to the most recent reconciliation and painstakingly bring the account up to date a month at a time.

That can be a long, difficult process, particularly at companies that transfer payments between two accounts. Or law firms that must reconcile three IOLTA accounts, all under the watchful eye of various regulatory agencies.

Regular Bank Reconciliations: A Bookkeeping Best Practice
From helping to protect your business from fraud to providing financial intelligence when you need it, performing bank reconciliations on a regular basis is a bookkeeping best practice that will improve the integrity of your financial data.

At Supporting Strategies, our experienced, U.S.-based professionals use secure, best-of-breed technology and a proven process to provide a full suite of bookkeeping and controller services. Are you ready to learn how you can move your business forward? Contact Supporting Strategies today. 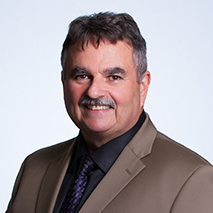