Your Partner for Bookkeeping and Controller Services
Franchise Opportunities

Case Study: How an Overworked Veterinarian Saved Her Practice

It's the paradox of the small-business owner: You have a passion that inspires you to go into business for yourself. But before you know it, the myriad demands of actually running the business can take center stage.

That's the situation Dr. Tresha Grissom faced at Lewisburg Animal Hospital, a veterinary practice south of Nashville, Tennessee. Dr. Grissom had purchased the former Lewisburg Animal Clinic in 2009 and refashioned it into a companion-animal practice. Her slogan reflects her appreciation of the special bond between people and their pets: "Your other 'family' doctor."

Small Business, Big Headache
By 2012 Lewisburg Animal Hospital had added a second veterinarian and expanded its operation to include dog grooming and pet boarding. However, during this period of growth, the office manager left to pursue a new career. As a result, Dr. Grissom had to work weekends as the practice's de facto bookkeeper and business operations manager — at the expense of time with her family. While she considered hiring a replacement bookkeeper, she was concerned about turnover and facing the same problem in the future.

Fortunately, Dr. Grissom found a solution to her problem. She's gotten her weekends back, added a third veterinarian to her practice and unveiled plans to break ground on an expanded animal hospital.

How did she do it?

Taking a Fresh Approach
The key for Dr. Grissom was to learn from her experiences and try a new approach. The result, she says, has been "a lifesaver for my practice." By outsourcing her bookkeeping and accounting responsibilities to Supporting Strategies, she can now focus on growing her business, rather than just maintaining it. 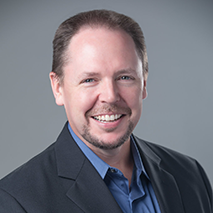